Arguably one of the world’s most important underground dance music producer/DJs lends his hands to selecting and mixing a set of jazz and funk records licensed from and originally released on the Black Jazz label 1971-1976.  Snow Dog Records will be releasing Theo Parrish’s Black Jazz Signature on August 20th, 2013 on 2xLP, cd, and digital. He joins a carefully curated list of personalities/artists that have taken on the Black Jazz catalog for Snow Dog, including Giles Peterson, DJ Mitsu the Beats, and Muro.

On Black Jazz Signature, the set itself is a masterful “2 turntables all vinyl” execution, a format that Theo Parrish is very much dedicated to – no mp3, no CDr, just the vinyl palette for the true aural experience. Parrish gives special attention to fellow Chicago musicians The Awakening (3 consecutive tracks, 4 total on the mix), one of the best funk/fusion groups that the Black Jazz label released, and whose only output was on that label.

World renowned for his DJ sets, productions, and record label (Sound Signature), this Chicago- raised DJ is near impossible to pigeonhole. Revered by a wide spectrum of dedicated music fanatics, he is known for his edits and remixes of artists such as LCD Soundsystem, Minnie Ripperton, Roger Troutman, Nightlife Unlimited, as well as his otherworldly DJ sets, and his serious approach to DJ’ing as an art form.

Sit back and be drawn into his world, hear things his way. Click here to listen to the exclusive stream of Theo Parrish’s Black Jazz Signature courtesy of Resident Advisor dot net. 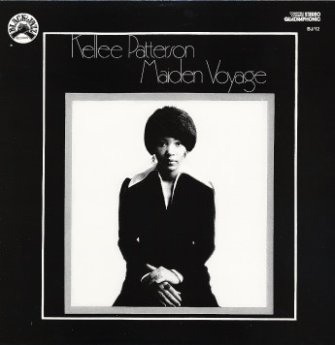 Black Jazz Records was introduced to the public in the early 70’s by Mr. Dick Schory & Gene Russell. As A&R Mr. Russell recognized the need for a jazz music record label which would produce and distribute quality recordings targeted toward the growing market of African Spiritual Jazz.

In it’s heyday, Black Jazz Records represented a new and fresh alternative to traditional jazz, embodying the spirit of the black/urban awakening of the civil rights period. During it’s six year existence, the record label made a major impact on the jazz world, both domestically and in foreign territories.  In 1976, after the untimely death of it’s founder and after the demise of it’s distributor, Black Jazz Records ceased operations. However, it left behind a proven catalog of inspirational jazz music which had never been made publicly available on the digital technology of the compact disc.  Click Here to read more of the Black Jazz story. Click the album covers above to experience a Totally New Jazz Experience.