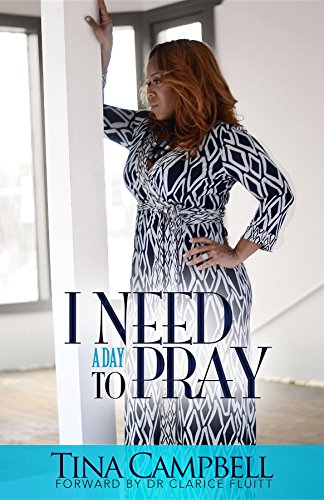 Gospel singer, author and reality star Mary Mary‘s Tina Campbell has released her powerful new book “I Need A Day To Pray.”   Fans and viewers of the Mary Mary reality show are well aware of the tumultuous year that Tina Campbell and her family had in 2014.  No stone was left unturned while the cameras rolled as Tina revealed to the world the many challenges she faced from her husband’s infidelity to postpartum depression to career changes, financial issues and the loss of her father.  Everything was included in the show which allowed fans and viewers to get a clearer picture of what life was like for the gospel star during that difficult time.

Through the pain, the tears, the let downs, the emotional highs and lows, the prayers and ultimately forgiveness and renewed faith, Tina Campbell birthed her book “I Need A Day To Pray” along with her debut solo album “It’s Personal.”

What started out as personal journals to God, over time and through prayer, “I Need A Day To Pray” came forth.  We’re sure that Tina Campbell’s testimony along with her uplifting spirit filled debut solo album “It’s Personal” will bless the lives of many around the world. We know that God used Tina Campbell for His glory to be a blessing to us all.  So grab the book, grab the album, grab a comfortable seat and take a day to pray!

In the video below Tina Campbell personally shares a few excerpts from “I Need A Day To Pray.”

“My life looked pretty good on the outside. I’m a preacher’s kid who was basically born and raised in church. I came to know God as a kid, got serious about Him as a teen, then changed my mind and strayed, but came back to Him as a young adult. I loved the Lord and chose to have a relationship with Him but I struggled, for many years, to have a committed walk.”

We’re super excited about this new photography art book coming from UK’s Jazz re:freshed collective.  “Jazz re:freshed 2003-2014” documents over ten years of the Jazz re:freshed live music nights in West London.  In 2003 Jazz re:freshed humbly began to establish it’s brand by hosting intimate live performances every Thursday night.  The night quickly grew to become a weekly movement that was not to be missed.  In a packed, standing room only venue fans and enthusiasts are treated to up close and personal performances by an array of well-established, as well as up and coming jazz, soul and world music bands, both homegrown and international.  Jazz re:freshed is the place to be in West London whether you’re being introduced to new artists and bands or experiencing JRF favorites like Kaidi Tatham and Mark de Clive Lowe.

On May 7th Jazz re:freshed will release their photography art book and as an added bonus each book will come with a free album of music “Jazz re:freshed Live Vol. 1″ recorded live at the Jazz re:freshed Mau Mau bar weekly sessions. The live album features Cory Henry, Zara McFarlane, Astral Travel, Abdul Shyllon, Thousand Kings and many, many more!

The Jazz re:freshed goal was to create a cultural scrapbook archiving and documenting Jazz re:freshed visually and sonically while creating an opportunity for JRF attendees to be more connected to the publishing process by submitting photos, words and experiences to be included in the book.

The long-awaited memoir by one of the most influential and beloved musicians of our time.  In Possibilities the legendary jazz musician and composer Herbie Hancock reflects on a life and a thriving career that has spanned seven decades. A true innovator, Hancock has had an enormous influence on both acoustic and electric jazz, R&B and hip-hop, with his ongoing exploration of different musical genres, winning fourteen Grammy awards along the way. 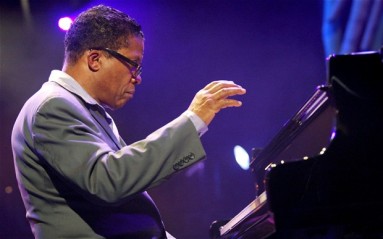 From his beginnings as a child prodigy to his work in Miles Davis’s second great quintet; from his innovations as the leader of his own groundbreaking sextet to his collaborations with everyone from Wayne Shorter to Joni Mitchell and Stevie Wonder; Herbie Hancock reveals the method behind Hancock’s undeniable musical genius. 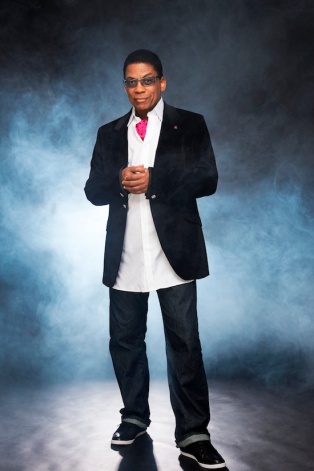 Hancock shares his musical influences, colorful behind-the-scenes stories, his long and happy marriage, and how Buddhism inspires him creatively and personally. Honest, enlightening, and as electrifyingly vital as the man who wrote it, Possibilities promises to be an invaluable contribution to jazz literature and a must-read for fans and music lovers.

Possibilities is available at all fine book retailers and online outlets.

Shining Star is the new revealing and heartfelt memoir from the lead singer of the legendary Earth, Wind & Fire.

With more than ninety million records sold and eight Grammy awards throughout its forty-year history, Earth, Wind & Fire has staked its claim as one of the most successful, influential, and beloved acts in music history. Now, for the first time, its dynamic lead singer Philip Bailey chronicles the group’s meteoric rise to stardom and his own professional and spiritual journey. 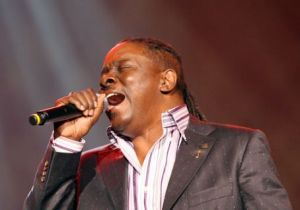 Never before had a musical act crossed multiple styles and genres with a quixotic blend of astrology, Universalism, and Egyptology as Earth, Wind & Fire (EWF) did when it exploded into the public’s conscience during the 1970s. The group’s shows became sensory experiences with their dramatic staging, shimmering costumes, elaborate choreography, baffling magic tricks and a thumping backbeat. At the center of it the group was its charismatic founder Maurice White and Bailey, with his soaring multi-octave range and distinctive falsetto. After being  signed by recording titan Clive Davis, EWF went on to produce a remarkable series of platinum and gold albums and headline stadiums around the world. As Philip and Maurice were profoundly influenced by genius producer Charles Stepney, as well as famed arranger David Foster, EWF elevated Sly Stone’s multiethnic “I Wanna Take You Higher” message to an even higher level.

Bailey hit the wall due to fame, fortune, and the excesses of global succes. The constant touring and performing took its toll on him publicly and privately. While White and Bailey’s relentless work ethic shot the band into the stratosphere, it also exhausted and emotionally gutted the group. In 1983, White abruptly dismantled the band, leaving Bailey and the rest of the members to fend for themselves. As a solo act, Bailey recorded “Easy Lover,” a worldwide smash duet with Phil Collins, launching the next stage of his career until EWF reunited later that decade.

Shining Star is the true story of what happens when real life exceeds your dreams, when the power and pain of building a legacy brings both joy and faith-testing challenges.

Jazz trumpet legend Lee Morgan was killed on a cold February night in 1972, at Slug’s Saloon, a jazz club in New York City’s East Village where his band was performing.  Following an altercation between sets, Morgan’s 46-year-old common-law wife, Helen shot him. He was 33 years old. According to an eyewitness, Helen walked out of the club just before the last set.  She returned and the band was already on stage.  Lee was trying to get up there, but was talking with some people.  He just started to get up on stage, when she entered and called his name.  Lee turned around and she shot him.  She then turned the gun on the club’s doorman Ernie Holman, who grabbed her wrist and took the gun away from her.  She started to scream, “Baby, what have I done?” and ran to him.

At the time of Lee Morgan’s death he was experiencing a comeback of sorts.  He had been battling a serious heroin addiction for years and by most accounts, was drug free.  His gig at Slug’s was the talk of the jazz world and was a must-see for all of those in the know.  There was always a packed house during his engagements at Slug’s.  He looked good, sounded great and seemed destined for a fantastic future. Then the unthinkable happened.

How could it be?  Why would Helen Morgan, whom almost everyone figured loved Lee more than she loved herself, kill her constant companion?  What happened in their decade long relationship that would cause her to do something that devastating to Lee and herself and to Lee Morgan’s legion of fellow musicians, friends and fans who adored him?

The only person who could answer such questions is Helen Morgan.  One month before Helen Morgan died from a heart condition in Wilmington, NC in March 1996 she granted an interview to North Carolina-based writer/radio announcer, Larry Reni Thomas.  She decided to grant the interview to give her account of the sad, tragic event. Reportedly that was the first and last time Helen Morgan spoke publicly about the incident.

To purchase The Lady Who Shot Lee Morgan visit http://khabooks.com or send e-mail to khalifah1@khabooks.com

For as long as people have been migrating to London, so has their music. An essential link to home, music also has the power to shape communities in surprising ways.  Black music has been part of London’s landscape since the First World War, when the Southern Syncopated Orchestra brought jazz to the capital. Following the wave of Commonwealth immigration, its sounds and styles took up residence to become the foundation of the city’s youth culture.  Sounds Like London tells the story of the music and the larger-than-life characters making it, journeying from Soho jazz clubs to Brixton blues parties to King’s Cross warehouse raves to the streets of Notting Hill – and onto sound systems everywhere.  As well as a journey through the musical history of London, Sounds Like London is about the shaping of a city, and in turn the whole nation, though music.

Contributors include Eddy Grant, Osibisa, Russell Henderson, Dizzee Rascal and Trevor Nelson, with an introduction by Soul2Soul’s Jazzie B.

“Sounds Like London is story that needed to be told by somebody who really cares about it, and the most important thing about this book is Lloyd Bradley. The reason this story of London’s black music hasn’t been told before is because we haven’t had a Lloyd Bradley before, and up until now he wasn’t ready to write it.” – Jazzie B 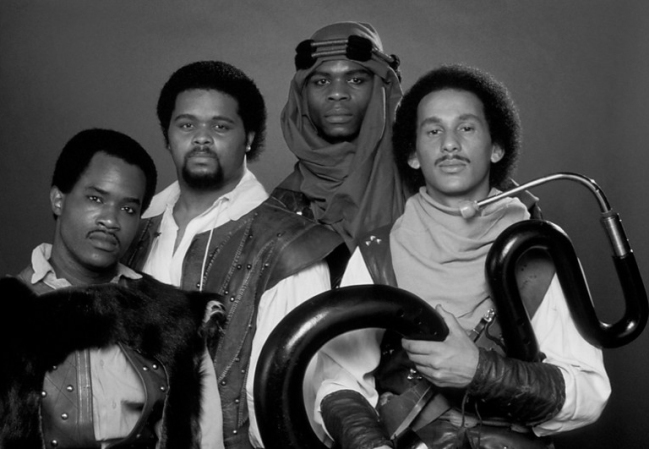 An illustrated, vibrant book commemorating the legacy of America’s longest running syndicated television program, Soul Train: The Music, Dance, and Style of a Generation includes a wealth of historical photography and celebrity commentary that will give fans an in-depth look at the cultural phenomenon that launched the careers of such renowned artists as Tina Turner, Stevie Wonder, the Jackson 5, Whitney Houston, Aretha Franklin, Marvin Gaye and many others.

With it’s debut in 1971, Soul Train set off a cultural revolution in music, dance, and fashion. During the course of 1,100 episodes, creator, executive producer, and host Don Cornelius gave new meaning to the culture of “cool,” and in the process launched the careers of dozens of artists and introduced the world to hundreds more, including Elton John, David Bowie, Black Eyed Peas, De La Soul, Justin Timberlake, Destiny’s Child, and Snoop Dog.

This book will feature more than 500 images, some never seen before, of the people who lived the phenomenon from the stage, dance floor, and behind the scenes, as well as celebrity commentary about the show’s impact on their careers and on our culture.

As the longest running syndicated program in television history, Soul Train’s worldwide impact was tremendous and changed the lives of millions, including celebrated front man of the Roots, Questlove. His commentary, which revisits the show over the decades, is accompanied by exclusive photos and memorabilia. When Don Cornelius died in 2012, he left a legacy of “peace, love, and soul,” and this book serves as the ultimate tribute to get readers grooving down the Soul Train line again.  Soul Train: The Music, Dance, and Style of a Generation by Questlove in book stores October 22, 2013.